The Ultimate Guide To Dating A Single Dad 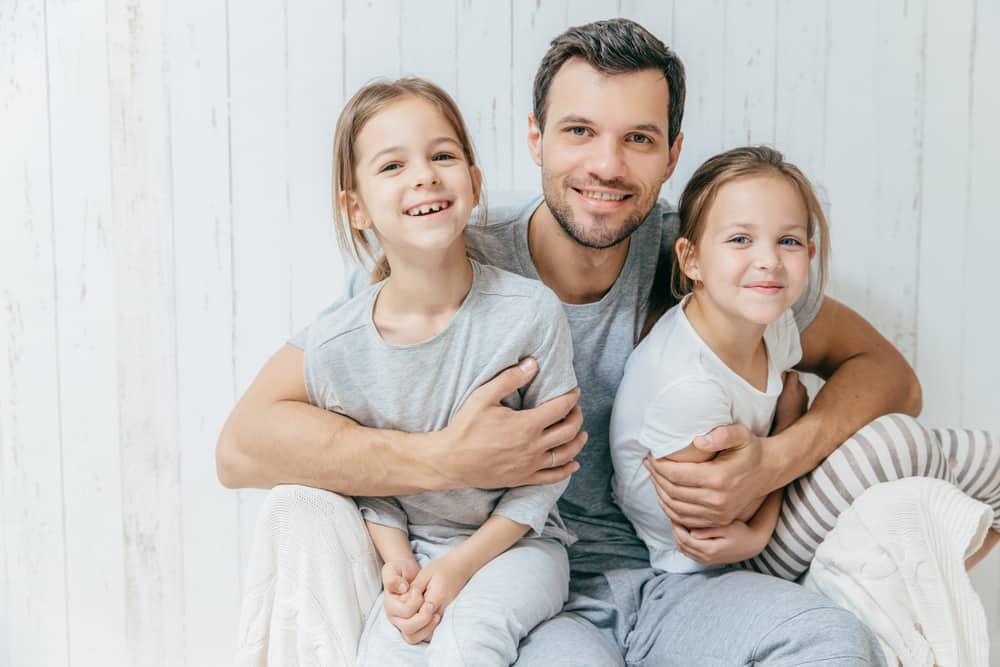 Getting romantically involved with a man is complicated enough as is, so for many women, the thought of throwing kids into the mix can seem daunting at first.

You're not wrong or selfish for having concerns and reservations about dating a single dad, and you're certainly not alone!

We've compiled the ultimate guide to dating a single dad to prepare you for what to expect, as well as to reassure you that you're still in for a loving, committed, and fun relationship regardless of the new family dynamic!

The best asset you can bring into any relationship is your best self. To achieve this, you need to do an honest and thorough stocktake of yourself, outlining your relationship requirements and red lines.

Now, there is a big difference between hesitations and reservations and flat-out knowing that a particular relationship won't give you what you need.

Kids are a big responsibility, so if you know yourself well enough to know that you're not ready to take that on yet, you'll probably save yourself a lot of time and heartache by acknowledging this upfront.

Chances are, your partner has already pre-empted most of the concerns you have. Getting your apprehensions out in the open will take a weight off your shoulders. Additionally, you'll have the opportunity to work through your worries together before they even have a chance to manifest themselves.

You don't need to worry that voicing your concerns will scare your partner away. It might even bring the two of you closer. It will show him that you care about the relationship working out and want to make a good impression on his kids.

We've all heard the statistics about marriages and divorces nowadays. About 50% of marriages end in divorce, and custody battles can get messy and drag on for months.

It isn't a given that your new relationship with a single dad will come with a lot of drama, but this is a possibility that you should be prepared for. Even if his divorce went smoothly, a marriage ending is a traumatic experience for anyone, so he may require a little extra emotional support than single men.

Nobody is expecting you to get a degree in counseling, and understandably, the thought of dealing with divorce drama might sound off-putting to some. However, you are a team now, and that means accepting that this kind of baggage usually comes with the territory.

In the grand scheme of things, his divorce is just one event in the totality of your relationship. So, don't work yourself up about this. Your partner is likely looking to put his past relationship behind him and focus on his current one with you.

One of the toughest pills to swallow when dating a single dad is the fact that you won't always be his main priority. This doesn't mean that he doesn't strongly value your relationship, but it will require a lot of patience on your end.

Depending on how old his kids are, the terms of his custody agreement, and other factors, this may not even be as bad as you're expecting. Preparing yourself for not having as much of his time as you would like is helpful, but don't underestimate the balancing act that your partner is trying to pull off, either.

If your partner has younger kids or teenagers, he may be more strapped for time than a single dad whose kids are adults.

Be patient, and talk things out. Being on the same page as your partner and having effective communication is the best way to approach this particularly tricky situation.

One of the benefits of dating a single dad is that he's probably more mature than the single guys you're used to. Because of this, you can have serious conversations early on, and he won't get scared off the way single guys often do.

An important conversation to have is whether or not you want kids yourself and if your partner is prepared to have more kids. You don't want to spend years with someone only to realize too late that they have all the kids they want.

Another positive to these normally uncomfortable talks is that you can count on his honesty. Single dads have enough on their plates, so you can thank your lucky stars that they are way past playing games.

This tip is essential if his divorce is still fresh. If he's back in the dating game, it means that he wants to start a new, and probably serious, relationship.

However, that does not mean that it's going to be easy for him. He may still be adjusting to living on his own or not seeing his kids every day. His entire lifestyle has had to undergo a major shift, and that can be difficult for anyone to manage.

Change is always difficult, even when it's welcome and necessary. He may really want to welcome you into his life openly, but this could be a scary move for him. Be supportive throughout this process. Once he lets you into his life, it may still be a bit of a bumpy and slow process.

Try to put yourself in his shoes as best you can, and be flexible. If he's really ready and willing to have a new relationship, this part of the process shouldn't take months on end with no end in sight.

Make An Effort With His Kids

We know what you're thinking. We know it sounds intimidating. We've all read the fairytales and know the step-mom trope doesn't instill a sense of excitement and reassurance in anyone - least of all prospective step-moms.

But good news! Fairytales aren't real - the pile of pumpkins in my garage is a sad testament to that.

It's important to remember that your partner isn't looking to live two separate lives, one with you and one with his kids. Sure, you play different roles in his life, but don't try to avoid his kids or pretend that you can have a relationship without them.

You don't need to and probably shouldn't go overboard. You don't need to try too hard to be the cool step-mom or try to be their best friend. Get to know them as people, and let them get to know you as your own person, instead of just ‘dad's girlfriend.'

Older kids might understand the dynamic better, but younger kids might not, and they could be confused why their dad is spending so much time with you instead of them - especially if this is your partner's first relationship post-divorce.

It's natural to encounter a little hostility, so try to just be patient and don't let it dissuade you from the relationship. If you're committed to having a good relationship with the kids, chances are they will warm up to you pretty quickly.

Also, be open to hearing their concerns. Kids don't understand the complexities of adult life, so making them feel heard and helping them understand the shift in dynamic a bit more will be far more useful than just expecting them to adjust to a new mom in their lives.

The flip side of trying too hard to become the cool step-mom is trying to step into a disciplinarian role too early.

Once you're married or have been in the relationship for a long time, disciplining your partner's kids might be more appropriate. Until then, it's best to leave the discipline up to your partner.

Good dads are protective over their children, so disciplining his kids is probably not even what he wants, let alone the kids themselves. As for the children, this is a strange enough situation as is. You don't want to make an already-tricky situation even tenser by trying to fulfill a role that they probably don't need, and definitely don't want, filled.

Ask For Help When You Need it

Dating a single dad is a decidedly different relationship dynamic than what you may be used to. If you're struggling to adjust, don't be afraid to talk to your partner about counseling. The primary thing to focus on here is that you both want the relationship to work out long-term.

Even doing all the research you can on blended family dynamics can still leave you feeling unprepared for the real-life circumstances you're facing. Talking to a counselor, with or even without your partner, can do tremendous good for your relationship.

Advantages To Dating A Single Dad

Stepping aside from the concerns of dating a single dad, let's briefly explore some of the advantages!

A single dad is likely one of the most mature partners you could have. Because of this maturity, you won't have to deal with a lot of the issues that come with dating a single man. Your partner will be more attentive to your needs, and understanding of your feelings.

As we've established, single dads don't often have the luxury of time the way that single men do. So, he won't be looking to waste his or your time. By dating a single dad, you can be sure that he's as invested in finding the right relationship as you are, and he won't lead you on unnecessarily.

Single dads have often had a serious relationship history, and he's probably not looking to jump into a new relationship blindly. This means that you can still have your space, and don't need to worry about being rushed into anything that you're not sure about.

Having kids sensitizes you in ways you can't imagine - even tough men who previously struggled with their emotions. Dating a single dad means that your partner is likely more in touch with his feelings than men who don't have kids. This quality can be a game-changer for a lot of women in the communications department.

No one has it all figured out, and nobody is expecting you to jump into this new relationship in full (step) mom-mode.

Dating a single dad comes with a whole buffet of considerations that you've probably never had to think of before. But, you're also dating a guy who you know is mature, nurturing, and responsible.

Sure, this can seem like a scary relationship to enter into at first, but hopefully, our guide has helped ease some of your fears and reservations. Who knows - the right single dad could even be your soulmate.